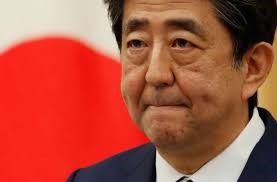 On July 27 and 28, 2014 the then PM of Japan, Shinzo Abe, visited the Republic of Trinidad & Tobago and met with the leaders of CARICOM countries. This was the first time in history that a Japanese leader had visited the Caribbean.

PM Abe met with each Caribbean island leader in bilateral meetings and, multilaterally, with the Caribbean Community as a whole. In my the capacity as Director of the Institute of International Relations - located at the St. Augustine Campus of The University of the West Indies -  on secondment from the University of Alberta, I was uniquely placed to be the proverbial “fly on the wall”. It was a privilege and honour to observe this historic visit as well as other historical visits, such as Xi Jinping’s meetings with some Caribbean leaders in Trinidad & Tobago; and Joe Biden’s meetings with Caribbean leaders just prior to Xi’s visit.

Trinidad & Tobago, like many other countries of the Caribbean, was looking for ways to diversify its foreign and economic policy. While China and the US seemed to be jostling for attention in the region, this visit by PM Abe was a reminder to the competing “hegemons” that Japan was still in the game, and that Japan had significant economic and cultural ties with CARICOM as a region. Indeed, 2014 had been designated as the Japan-CARICOM Friendship Year, a year designed to cement that relationship between Japan and Caribbean countries, initiated back in 1993, in areas such as peace and security, culture and tourism, as well as economic relations and trade.

Prior to the 2014 high-level visit, Japan and CARICOM had held a number of Ministerial-level conferences. These were meetings held at the level of the Foreign Affairs Ministries of Japan and those of the Caribbean islands. The major one which demonstrated the seriousness of Japan’s desire to increase its involvement in CARICOM’s developmental efforts was in November 2000 when the “New Framework for Japan-CARICOM Cooperation for the Twenty-First Century” was drafted and signed. This framework included goals like developing partnership for stability and development (which stressed cooperation between Japan and CARICOM that would lead to economic and social development of CARICOM member countries, help in getting Caribbean countries further integrated into the global economy, and cooperation between Japan and CARICOM on issues being addressed in international fora like the UN system and the World Trade Organization).

The 2014 high-level official visit by PM Abe moved beyond the Ministerial level, although it included members of the Japanese economic mission, because Abe instinctively understood the manifold vulnerabilities facing Caribbean countries. His goal was to further assist Caribbean leaders in building capacity in areas such as democracy, justice, and respect for human rights, reducing levels of poverty, creating job opportunities for the socially disadvantaged, including women, increasing access to primary health care services, basic education, potable water, and improving the capacity for the prevention and treatment of HIV/AIDS and other infectious diseases. He was also very much interested in helping to provide CARICOM countries with adequate resources to cope with natural disasters and to establish machinery for preventive action and rehabilitation.

There is no question in my mind that PM Abe understood the challenges facing the small island states of the Caribbean region and that he put in place a framework for addressing many of these problems. His 2014 visit to Trinidad & Tobago signalled a genuine interest in furthering Japan-CARICOM cooperation.

I was saddened when he resigned as PM in 2020 for health reasons. In typical Japanese fashion, he apologised to the Japanese people for failing to complete his term in office, particularly during the advent of the raging COVID-19 pandemic; but he was Japan’s longest serving prime minister and will go down in history as such.

His premature death at 67 years old, on 8 July 2022, was a tremendous blow to the Japanese people. Political assassinations are very uncommon in Japan.

President Biden expressed that he was stunned, outraged, and deeply saddened by this sudden passing of one of America’s staunchest allies. His assassination by a man with a home-made gun is not only a tragedy for Japan; it is a tragedy for those of us from the Caribbean region who remember Abe as a wonderful man, with a deep commitment to democracy and an abiding empathy for small island developing states (SIDS) that are struggling with economic and social problems and trying their best to cope with manifold vulnerabilities.

May he rest in eternal peace.