Yale has maintained close ties with Canada for nearly three centuries. Having established a tradition of scholarly and academic excellence in a range of Canadian topics early on, the University played a significant role in the development of Canadian Studies in the U.S.

Yale first accepted Canadian students in the early 18th century and has now graduated the second highest number of Canadians among American universities.

The Visiting Bicentennial Professorship of Canadian Studies has been held by over seventeen distinguished scholars since 1997 in fields ranging across History, English, Comparative Literature, History, Political Science, Economics, Architecture, Law, Anthropology, Film Studies, African-American Studies and Latin American Studies. These visiting professorships were made possible by a gift in 1976 from the Canadian government to Yale of the Bicentennial Professorship of Canadian Studies.  Matched by Yale funds, this endowed, visiting professorship brings a distinguished visitor from a Canadian university to Yale for one semester or one academic year. The Bicentennial chair moves between departments and professional schools on a competitive basis. Each visiting professor teaches at least one course per term and engages students and faculty.  Many also organized lectures and workshops that bring Canadian and other public intellectuals, policy makers and academics to Yale to further engage their specialty areas.

The Canadian Collection in the Yale Library is one of the two best in the U.S. Through the William Inglis Morse Fund, Yale has been able to buy rare Canadian publications for many years, and the Library’s holdings now include standard publications and local histories; “underground” and ethnic publications; French- Canadian literature; collections of Canadian music; and historical sound recordings. The Library is one of a limited number in the U.S. to hold partial depository status for Canadian Government publications. It also possesses the most complete U.S. collection of the provinces’ documents and receives all significant Canadian serials and newspapers. 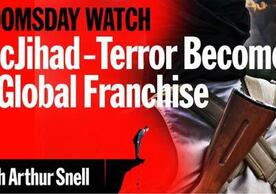 January 5, 2022
What could persuade someone to leave a wealthy country in the Western world to fight and die in Islamic State? Andy Knight, Yale MacMillan’s Canadian Studies visiting chair... 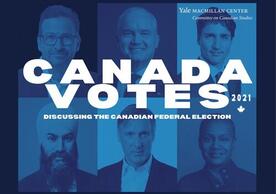 November 2, 2021
On September 24, the MacMillan Center brought together experts from Canada and the United States for a panel entitled “Canada Votes 2021: Discussing the Canadian Federal... 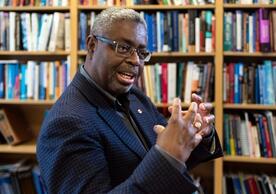 Students who are interested in pursuing Canadian interests as part of their degree programs at Yale are encouraged to consult the student grants database for sources of field research and program related travel support.  The MacMillan Center invites Canadian citizens enrolled in a doctoral program in the Yale Graduate School or in one of Yale’s Professional Schools AND Yale students of any citizenship planning on continuing their education at the doctoral level at a Canadian university to apply for the Trudeau Foundation Scholarship.